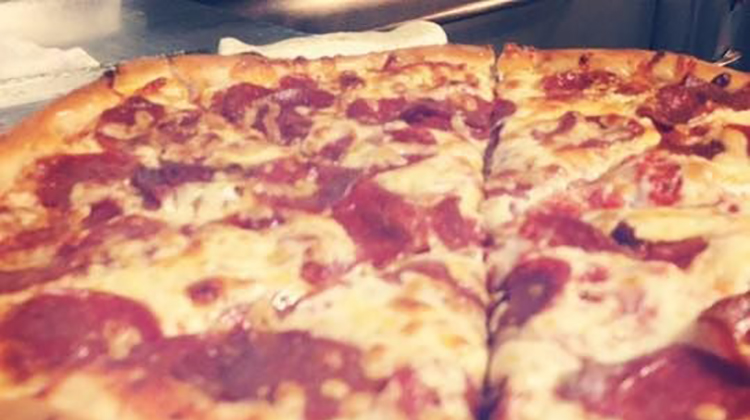 WATERFORD, CT – A hat for Crown Pizza was seen by millions during game four of the World Series on Saturday night, Fox 61 reported.

The hat was spotted in the Cleveland Indians dugout behind ALCS MVP Andrew Miller during the FOX Sports broadcast of the game, according to Fox 61. Owner Taso Vitas was able to get the hat in the dugout after imploring stadium staff to put it there while attending the game.

Vitas is friends with Indians player Rajai Davis, originally from New London, who was able to get him tickets to the big game, Fox 61 reported. The pizza shop owner later received messages after the game telling him the hat had made it on television.